2019 Election: Participation As A Staff Is Not Compulsory – NYC DG To Corps Members

Corps Members have been told that they are not under compulsion to participate in the forthcoming elections as ad-hoc staff but rather see it is a call to National duty for interested ones among them.

The Director-General, Major General SZ Kazaure stated this in Port-Harcourt today while addressing Corps Members in Rivers State as part of his efforts towards sensitizing them on electoral conduct.

He urged the Corps Members to build on the legacies of their predecessors by contributing their quota to the development of democratic process of the country.

The NYSC boss however warned them that anyone that violates the electoral laws would be prosecuted accordingly.

“In 2011 and 2015 some Corps Members like you made us proud as good ambassadors of the NYSC Scheme during elections”.

“When you are in danger, run to the nearest police station or military post. Don’t collect food or any form of gratification from politicians and remember to be security conscious”, he added. 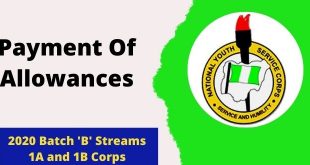