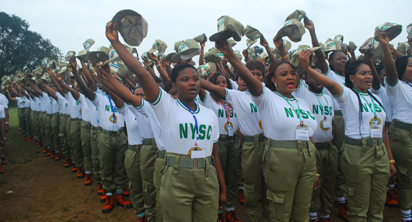 Ibrahim made the call on Monday when he paid an unscheduled visit to the NYSC permanent orientation camp in Wamakko, Sokoto State. See also: NYSC Releases Names Of Nine Fake Corps Members

The NYSC DG made the call when he inspected the camp facilities and interacted with corps members, staff and military personnel deployed to train corps members.

Ibrahim reminded the corps members that the main objective of the scheme was to promote unity among Nigerian youths especially graduates.

He warned corps members against the use of social media fake news and hate speeches.

“You should see your selves as one family irrespective of where you come from.

“Establish the spirit of oneness right from the orientation camp and if possible, marry among yourselves,’’ he said.

He assured corps members of their welfare and safety throughout their stay in the state.

” We work hand in hand with all security agencies to ensure your security is guaranteed”, he said.

Ibrahim cautioned corps members against incessant unauthorised journeys and warned them that no corps member was allowed to travel without the consent of the management.

“If you have reason to travel seek the consent of your state coordinator and your employer’’ the DG warned corps members.

He further urged all corps members to take all camp activities especially skills acquisition programs seriously in order to become employers of labour after their service year.

Ibrahim expressed satisfaction over the cleanliness and condition of the camp and urged authorities to sustain it. 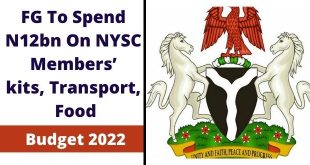 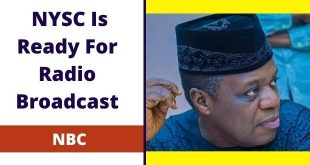