Read the warning below:

The National Youth Service Corps has warned that any prospective Corps Member that report at any of it’s Orientation Camps across the country with fake documents during registration would be handed over to the law enforcement agents for prosecution. See also: Why We Can’t Pay N30,000 Minimum Wage To Corps Members Yet – NYSC

The Director-General, Brigadier General Shuaibu Ibrahim gave this warning today while addressing staff of the National Directorate Headquarters that would participate in the Orientation Exercise.

He urged all registration officers to be vigilant and ensure that no unqualified person is registered at the Orientation Camps.

Ibrahim added that Management would not take it lightly with any Camp leadership found wanting in the discharge of assigned responsibilities in camp.

The NYSC boss also appealed to all Camp Officials to imbibe good work ethics, especially in dealing with Corps Members.

While commending some State Secretariats for impressive performances in camp administration during the last Orientation Exercise, General lbrahim reiterated his commitment to the welfare of Staff and Corps Members as outlined in the priorities of his policy thrust.

“I urge you to remain diligent in the performance of your assigned duties in order to ensure a hitchfree exercise and support other Camp Officials in the implementation of guidelines issue by the Management so as to achieve the desired outcomes”, the DG added.

I am Lola Princess and am from Earth. I am from somewhere in Osun State, raised in Lagos, based in Lagos. I love making friends and blogging. Am your NYSC Google Assistant and am always here.
@nysc_news
Previous NYSC 2019 Batch B News Updates – Call-Up letter Is Out
Next Official Vital Notice To All NYSC 2019 Batch B Stream II 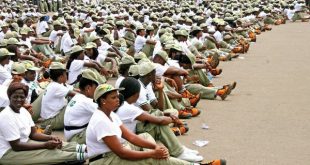