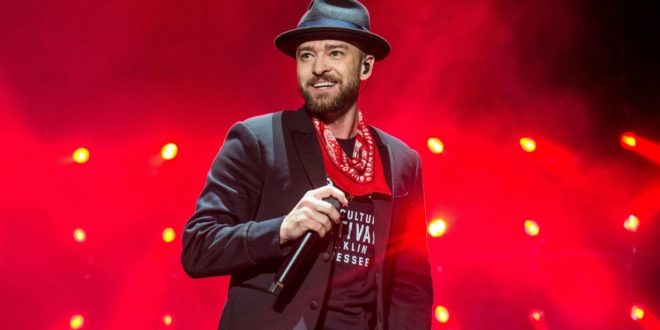 Justin Timberlake is an American Grammy award-winning R&B singer and actor. He rose to fame as the youngest member of a group and lead singer for the band N’Sync. The boy band was considered as the third best selling group in the music industry. Timberlake as a solo artist topped charts and sold millions of copies worldwide.

In 1985, Timberlake parent’s divorced. He has two half-brothers Jonathan and Stephen from his father’s side. Timberlake other half-sister Laura Katherine died shortly after birth.

Timberlake attended E.E. Jeter Elementary School in Millington, Tennessee. After his sixth grade, he was home-schooled throughout middle school and high school.

Timberlake dated Dainielle Ditto from 1994-1996, which happens to be his love. In 1999, he began dating singer Britney Spears. The relationship only lasted for three years.

He officially started dating actress Cameron Diaz whom he met at the Nickelodeon Kids’ Choice Awards in April 2003. The couple called it a quit in December 2006.

Justin Timberlake has been linked with every woman he has ever worked with including; Alicia Keys, Alyssa Milano, Staci Flood, Scarlett Johansson, Jenna Dewan-Tatum, and Tatyana Ali. Although some of those relationships lasted only a very short time.

Timberlake continued to be the lead singer for the boy band until it’s eventual dissolution in the early 2000’s.

Timberlake released his first solo album, “Justified”(2002), which sold over 7 million copies worldwide. On September 12, 2006, he released his second studio album, “FutureSex/LoveSounds”. The album debuted number one at the Billboard 200 chart, selling 648,000 copies in its first week.


Him and his best friend Trace Ayala co-founded the fashion line William Rast in 2005. Timberlake also owns several Harley Davidson motorcycles. As a lover of basketball, he became a minority owner of the Memphis Grizzlies and also has his own brand of tequila, 901.

Timberlake like every other artist, net worth is based on concerts, streaming services royalties, album sales, endorsements and smart investments. Justin Timberlake net worth is $250 million. It is also likely to dwindle due stiff competition in the industry.

This is Lola Princess and I'm from Earth. Born somewhere in Osun State, raised in Lagos, based in Lagos. Love making friends and blogging. I'm your NYSC Google Assistant and I'm always here.
@nysc_news
Previous Best And Safest Places To Live In Florida
Next 10 Things You Should Do After Orientation Camp

How To Send Money To Nigeria From USA

Online Shopping In Nigeria – Everything You Must Know