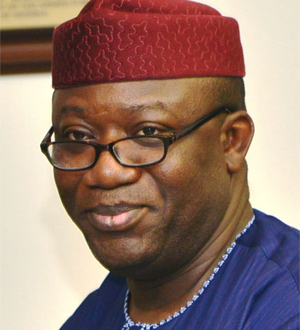 Gov. Kayode Fayemi of  Ekiti on Monday warned members of the National Youth Service Corps (NYSC) against indiscriminate sex, cultism and other acts that could jeopardise the objectives of the scheme.

Fayemi gave the warning at the official closing ceremony of the 2018 Batch C Stream One orientation course for the corps members at Ise, Orun-Emure Ekiti.

The governor,  who was represented by the Deputy Governor, Chief Bisi Egbeyemi, said that the NYSC had yielded the desired results and that there was the need to build on the vision of its founding fathers.

He also urged the corps members to work with zeal in their places of primary assignment where they were posted to.

Earlier, the State Coordinator of the NYSC, Mrs Emmanuella Okpongete,  had commended the patriotism and commitment of the corps members and urged them to shun frivolous travelling.

Okpongete solicited the assistance of the government  in addressing the challenges at the NYSC orientation camp.