So either you are an Ex-corper, a serving Corper or a Prospective Corps members, these facts will really satisfy you. Below are top 10 Chilling Facts About NYSC You Don’t know. See also: Top 10 Reasons You Should Save During NYSC

Am sure most people already know this one. The NYSC scheme evolved in a bid to reconstruct, reconcile and rebuild the country after the Nigerian Civil war.

The unfortunate antecedents in our national history gave impetus to the establishment of the National Youth Service Corps by decree No.24 of 22nd May 1973 which stated that the NYSC is being established “with a view to the proper encouragement and development of common ties among the youths of Nigeria and the promotion of national unity”.

2. The First Batch of Corp Members.

You remember the interesting short and popular NYSC Anthem? Let me quickly sing it for you.

Let us lift our nation high

Under the sun or in the rain

With dedication and selflessness

Nigeria is ours, Nigeria we serve

In 1983, while serving in Ibadan, Frederick Nwosu took part in a nation-wide competition to find an anthem for the NYSC. While his friend won the lyrics composition, Nwosu’s composition won the first position in the music composition that is now the NYSC Anthem.

On his award recognition night, he got an invitation to Sheraton Hotel in Ikeja, Lagos where Alhaji Bunu Sherif Musa read his citation and shook his hands. Though, money was not given to him, Nwosu considered the brief handshake a very big deal after all “You know that everything is not money”

In June 4, 1973, The (National) directorate of the NYSC was inaugurated by General Gowon. Allowances were set as follows:

One naira per day subsidy on feeding, as well as the cost of transporting to and from place of domicile.

You will be laughing out loud at N160 as allowance. My dear reader, that was when naira was valuable and things were down to the ground cheap. See also: Top 10 Ways Corpers Ruin Their Lives During NYSC

5. Students Demonstrated Against the NYSC Scheme

The scrapping of NYSC idea that people carry around these days has been around from the birth of NYSC.

6. Over Two Million Students Have Passed Through NYSC.

As at 2014, The National Youth Service Corps has mobilised about 2.7 million members since its inception. The number is getting higher and in 10 years to this time, most of Nigerian population would be Ex-Corpers.

7. The First Corps Member Involved in a Fatal Accident.

On August 28, 1973, Mr. I.U. Itan , from Obudu, Cross River State was the first corp member to be involved in a fatal accident that occurred in Maiduguri. That was the first fatal accident in the history of National Youth Service Corps scheme. See also: Top 10 NYSC Highest Paying States

In 1993, The 1973 decree establishing the NYSC was scrapped by the promugation of Decree No.51 of 1993. The nomenclature of the National Director is changed to Director-General. The NYSC DG title came around in 1993.


Col. Almadu Adah Ali, in 1973, was selected to become the first National director of the National Youth Service Corps.

The President and Commander-in-chief Goodluck Jonathan graciously approved the increment of the National Youth Service Corps allowance from N9,775 to N19,800 with immediate effect from March 2011. Thank God I was still in 100 Level back then. See also: Top 10 NYSC Saddest Deaths In 2018

10. Greatest Amount Of Fake Corpers Members in history Was 2006

A total of 400 fake graduates names were found on the NYSC mobilization list on October, 2006. One of the reason why this got on this list of top 10 Chilling Facts About NYSC You Don’t know is because these fake 400 graduates were mobilized by Benue Polytechnic and University of Nigeria Enugu campus alone. Two higher institutions mobilized 400 fake graduates to participate in NYSC. The list was discovered and proper warning was given to prevent future occurrences.

Now you know the top 10 Chilling Facts About NYSC You Don’t know before. Which of the facts do you consider most chilling, let me know in the comment box below. 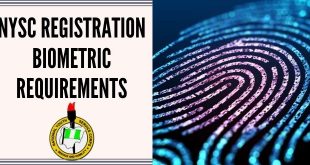